Richard Campbell founded New Amsterdam Group (formerly The Rena Group) in 2012. He has over 30 years of legal, investment banking and wealth management experience. Prior to founding NewAm, Richard was the President of a large multinational single-family office with operating companies in several countries.

Richard started his career as a corporate finance lawyer in 1980 and practiced until 1994, during which time he was involved in several initial public offerings, mergers, acquisitions, project finance and corporate development projects. While attending law school, Mr. Campbell clerked for a Circuit Court Judge and in his final year of law school became an investment officer for Oakland County, Michigan.

For several years following his tenure as a corporate finance lawyer Richard was involved in building and selling several companies in a variety of industries. Companies in which he was active include ILS Launch (commercial satellite launch company), Corbett Technologies (IT security company), GreenStone Industries (cellulose insulation manufacture), and others.

David E. Fleming joined New Amsterdam Group in December 2013. For the prior 12 years, he was the Senior Vice President, General Counsel and Corporate Secretary of Warren Resources, Inc., a NASDAQ Global Stock Markets listed energy company. While in a leadership position at Warren, he was instrumental in concluding several transactions including a $100 million initial public offering, a $500 million shelf registration and immediate follow-on equity offering of $100 million, $100 million in bond and debenture offerings, and over $550 million of senior credit facility transactions led by syndicates of major international commercial banks.

From 1999 to 2001, he was a partner with the law firm of Cummings & Lockwood, where he practiced corporate and securities law. For the nineteen years prior thereto, he practiced corporate law in New York City where his activities included lead counsel on over $300 million of private equity offerings in the real estate and energy industry, as well as on numerous initial public offerings in the real estate, energy, information technology and healthcare areas. Mr. Fleming participated in over $500 million of real estate and natural resources property acquisition and development.

Caroline brings over 10 years of financial services experience to her current role as a Portfolio Operations and Value Creation professional. Her expertise is helping clients establish, grow, and build their businesses, as well as transaction advisory. 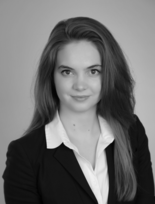